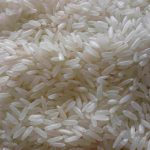 You have probably heard the news about rice containing arsenic. This is particularly serious for children eating rice cereal, such as one would feed infants.

But before you start throwing this popular and nutritious grain out with the trash, food experts are giving us ways to make rice safer to eat.

The Bachelor’s Kitchen recommends you make a pot of rice every week because you can do so much with the versatile grain. We still hold with that advice. We just want to make sure you make rice safer. 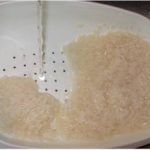 The first step is to rinse your rice. If you’ve read earlier posts about cooking rice, that’s always been the place to start, no matter what type of rice you use. According to the FDA, that reduces possible arsenic by up to 30%. Place the rice in a wire mesh strainer and work the rice with your clean hand while under running cold water. At first the water will be whitish. Keep rinsing until there’s no hint of white water, about three or four minutes. If you don’t have a strainer, use a medium size bowl and change the water several times, working the rice around in the water each time.

There is much disagreement over how much water (or other liquid) to use in cooking rice. Obviously, the type of rice makes a difference. But even with that, the FDA is recommending increasing the amount of cooking liquid to six times the amount of rice. The agency says you should cook rice as you would pasta and pour off the excess rice at the end of the cooking time. At 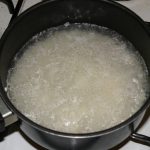 The Bachelor’s Kitchen, we’re not in total agreement because this could easily lead to mushy, overcooked rice. However, if you’re cooking rice for a small child, it might be better to be safe than sorry. 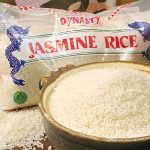 Where your rice comes from matters. Reports indicate the highest arsenic levels are in long grain rice grown in the southern United States. A good alternative is to buy aromatic rices from Asia. Jasmine or basmati 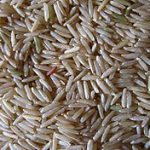 rice from India, Thailand and other southern Asia countries have been shown to have substantially less inorganic arsenic in them.

If you don’t want to buy imported rice, try to get rice grown in California rather than southern U. S. states. Tests show these varieties also have less arsenic.

Brown rice is better nutritionally. However, the same thing that makes it better for you is also what holds on to most of the arsenic. This is another good reason to try one of the many different varieties of rice available. Just be sure you are eating other fiber-rich foods to compensate for the loss of fiber from brown rice.

It turns out rice milk is also a problem. Most adults can deal with the small amount of arsenic in rice. But infants and toddlers should not be given rice cereal or rice milk.

It’s okay to keep eating rice. Just be sure you choose the best options for yourself and your family.