What Hot In Next Year’s Food World 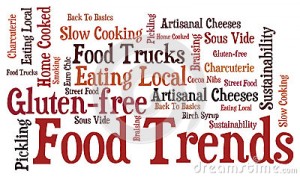 At the end of every year, people take a good look back at the highlights of the past year and predict what’s going to be “in” for the next year. The food world is no different. The editors of Epicurious have come up with their list of what’s hot and what’s not.

Hot: Cauliflower. This cruciferous vegetable is gaining in popularity. Part of this is the increased interest in eating less meat. Meatless Mondays have put vegetables in the spotlight, especially ones that were often overlooked before.

Not: Kale. This leafy green will always have its supporters. But many foodies say they’ve had enough kale to last a while. It’s just been overdone. 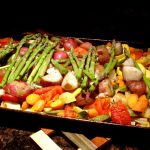 Vegetables. The all-vegetable plate is showing up more and more in homes and restaurants, moving from side dish to entrée. People are getting creative with veggies for dinner.

Not: Meatballs. These little tasty main dish staples were quite a hit on the culinary scene for a couple of years. Chefs were making meatballs out of all sorts of ingredients, mixing different meats, fillers and binders. We’re confident meatballs won’t completely leave menus, they’re just too good. But more chefs are shifting focus to other proteins.

Hot: Esoteric spices. Every year, certain ingredients seem to be the fad leader. This coming year, it’s going to be more unusual spices like sumac. Look for this tart but fruity powdered spice at specialty purveyors like Penzeys and use it to spice up eggs or make Middle Eastern dishes. 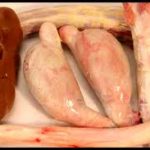 Offal. This is the term for the internal organs and other rarely used animal parts that are being featured on more upscale restaurants menus. Such things have been on soul food tables for decades. But it looks like this “nose-to-tail” movement may have hid its peak, at least for a while.

Hot: Savory desserts. Vegetables are not only being featured as a main dish, they’re showing up on the dessert menu as well. Chefs are creating interesting finishers like Fennel Panna Cotta, Maple Parsnip Cake and Avocado Mousse.

Not: Nostalgic sweets. You might have seen some desserts out there that remind us of our childhood favorites. But those are receding as we find we’re looking for something a little less sweet.

Hot: Posting pictures of foods we’d like to make and eat.

Not: Taking pictures of what we’re eating.

Hot: More people are cooking at home rather than eating out. That not only means healthier meals, but healthier snacks. The new trend is making more snacks at home 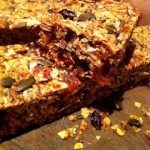 rather than picking them up at the grocery store. This covers everything from snack cakes to new kinds of chips using sweet potatoes and kale.

Not: Homebrewing, once an up-and-coming trend, seems to have peaked in the face of so many different and wonderful microbrews available everywhere.

Dieting is out, thank Goodness. It was never the right move anyway. All along people should have changed their eating plan and habits to things they can live with for the rest of their lives. With so many people in our society today overweight, we’re realizing it’s better to buy clothing that fits us now, rather than buying something too small then torturing ourselves to fit into it later.

Exercise is becoming a bigger part of our weight management techniques, allowing us more opportunities to indulge once in a while. Walking is becoming especially popular.

In the last year, Moonshine has been the hipster go-to liquor. This un-aged distilled alcohol is even being produced by the big boys, like Makers Mark.

The new darling of the spirit world is going to be 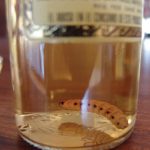 Mezcal, a cousin of our old friend tequila. Handcrafted from wild agave plants, mezcal has always been an artisanal product historically seen as tequila’s poorer relation. But with a massive PR push by the Mexican government and more producers making more of this smoky liquor available Stateside, it’s only a matter of time before mezcal finds its way into a cocktail near you.

New trends are always happening the restaurant business. One rising trend is the use of technology in the dining room. Expect to see more menus on iPads and cell phones rather than on paper. 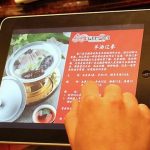 But tasting menus are out, since most customers didn’t like the multi-course, tiny portion offerings.

Hot: Brazilian cuisine. It’s one we haven’t had much of here in the U.S. But with the World Cup soccer matches coming up in that South American country, you can expect to see a lot more of its food.

Not: Southern Comfort Food. Don’t get us wrong, Southern cooking will never go away completely. But the high-carb, high-fat dishes have peaked.

Hot Food City for 2013: Toronto. Several big name chefs are opening new restaurants there. What city’s food scene appears to be on the wane? Portland, Oregon. Some of the chefs there are expending a long way from the Oregon or Pacific coast.

You might see more of those big name chefs working together instead of fighting each other. Collaborations seem to be in for the coming year, while food feuds have left many foodies (and potential customers) flat and uninterested.

Hot: artisan food producers. Having risen in popularity for a while, still they haven’t reached their zenith. Now is their time to shine.

Not: the Forager. When the latest bad economy hit, many cooks were reaching out for found foods. Edible plants and roadside nuts and berries were sustaining people who previously didn’t know these things existed. But as things improve, people will be turning up their noses at such odd foods and sticking with more traditional fare.

What do you think will be hot in the food world this coming year? What trends do you think have peaked? Leave us a comment and let us know.