Tech In The Kitchen

One of the coming trends for this year is the greater use of tachnology in the food world. We’ll see more iPad menus and more restaurant websites. But what about the kitchen? Certainly, we’ve seen plenty of technological improvements there. But while fewer cooks are doing without a mixer, are they chucking out the big, heavy, beautiful cookbooks. 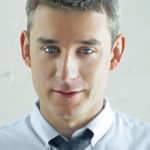 Nick Fauchild, editor of the website Tasting Table, says there’s room in the kitchen for both our favorite, cherished cookbooks and high technology recipe sources. Last year he founded All Day Press, a publishing company bridging digital and print media — with clients including The New York Times, TENNIS magazine, and Gilt Groupe — and he started working on some food-related apps, including Sarah Jenkins’s New Italian Pantry. The app is the first in a series where well-known chefs will make their style of cooking more accessible to fans.

“People use cookbooks in many ways: They take it in the kitchen, and they want to cook from it, or they use it for entertainment and they want to look at the pictures on the couch. But I think there’s a third way where phones and small devices will come in as a very quick reference recall: “I cooked this recipe once, but I’m at the store and can’t remember what I need to buy to make it again.” And so I think cookbooks will evolve into these multi-format, multi-device tools.” 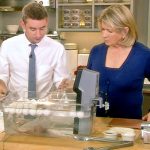 Fauchild, in an interview with Business Insider, says most cooking apps are either great on content, great on technology, or great on simplicity. Rarely has he found all three together.

“So we wanted to create something that people could actually cook from where the iPad’s in your kitchen, but you don’t have to touch it a lot. We also wanted the app to have little detail photos of what the chef means when she says “dark brown” or “finely chopped,” which is one thing I think tablets or anything digital can do better with recipes.”

Fauchild is coming out with a new app called Daily Specials which allows restaurants to let their customers know about what’s new on the menu.

New Italian Pantry is available for purchase in the Apple store, and Daily Specials will be launching soon.