Recently, I’ve been showing a friend of mine some cooking techniques. Over and over again, I have to remind him that color of cooked meat cannot tell you if it is done. The only way to do that is through feel and temperature. Of those two, temperature is the only really reliable way to ensure that the meat you consume is safe. 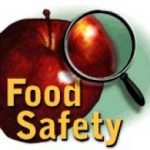 For those of us who love food and write about it, it sometimes seems like no one out there is paying attention. You know I’ve talked several times about the need for food safety because of the way our food is produced these days. I’ve told you that a food thermometer is no longer an option in The Bachelor’s Kitchen. Both this blog and the federal government repeatedly have warned of the dangers of ground meat; it’s so much easier to become contaminated than slab meat.

And yet, despite all those warnings, it appears many of you are not paying attention. Or maybe you think we’re all being a bunch of Chicken Littles. Well, tell that to the hundreds of Americans who die every year from preventable food-related diseases.

The federal Centers for Disease Control recently released a study showing that many people in this country flirt with sickness by eating undercooked hamburger. Publishing in the Journal of Food Protection, the CDC found in a survey that most Americans eat ground beef. It also found that about 18% of those eat hamburger that’s still pink inside, which may indicate it has not cooked enough to kill the dangerous bacteria.

We shared not long ago a study that showed that many people still don’t use a food thermometer and that those who do often don’t use it correctly. Sure, the chance of you getting sick from a slightly underdone burger is fairly small. But you don’t want to be one of the unlucky ones. 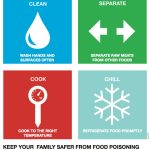 Now, I’ll be the first to admit that a steak cooked at anything more than medium rare is a tragedy. Medium rare is the optimal doneness to get the most flavor out of a good piece of meat. But ground meat is different. While germs that might get on the surface of a steak or roast can be washed away and rarely survive the cooking process, ground meat can be contaminated deep inside the meat. When you eat a burger in a restaurant, it must be cooked to a particular temperature by law and regulation. But in the home, many are still eating those medium or medium rare hamburgers that could be death on a plate.

Pay attention. Protect yourself and your family. Make sure you have a food thermometer and use it!