We’ve been told often enough that sugar can be bad for us, especially a lot of it. But it seems that every time the lab coat boys come up with something new, it isn’t long before problems are reported.

Early on, The Bachelor’s Kitchen tackled this issue and came to the conclusion that a little moderate use in drinks was probably okay. We also noted that in some uses, there’s no substitute for real sugar, such as in baking. We also recommended learning to enjoy more foods without sweetener, like coffee, tea and cereal.
But since then, there’s been more work on sugar substitutes that bears another look.

To recap, we know that saccharine 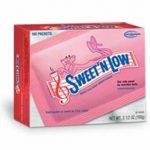 is now under suspicion of causing cancer, stroke and seizures. While most tests have not been conclusive, much of the use of this sweetener, which worked well in sodas and other acidic drinks, has been supplanted by Sucralose 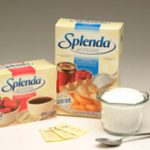 , mostly known under the Splenda brand name. Unlike other artificial sweeteners, sucralose is a sugar alcohol, made from sugar but nutritionally inert. In other words, it’s very similar to sugar, but passes through your body without raising your blood sugar. That’s because technically it doesn’t have any calories. But some studies have shown that sucralose can cause stomach ulcers is some people.

Now there are so-called natural sweeteners. Are they any better for you? The answer seems to be “yes,” but some of these things are fairly new to the market. 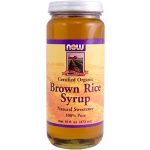 is just one of many “natural” sweeteners that have taken off in the wake of the backlash against artificial sweeteners like aspartame and sucralose. Once confined to hippie communes, these not-refined-sugar, not-man-made substances pose a huge marketing opportunity, since most people who avoid sugar don’t want to get cancer but also aren’t ready to commit to a joyless, dessert-free existence.

Brown rice syrup is what happens when cooked brown rice meets barley malt enzymes. The sweetness comes from starchy complex carbohydrates, which take a couple of hours to digest. As a result, the glucose is released gradually into the bloodstream, providing a steady supply of energy rather than the rush and crash of cane sugar. Plus, the syrup maintains some of the nutrients in brown rice, like protein, so it’s not a total nutritional bust like most sweeteners are. Although nutritionally, brown rice syrup is better for you, it certainly doesn’t taste like table sugar. Many people say it has a butterscotch flavor. Maltose (the kind of sugar in brown rice syrup) is not as sweet as sucrose, so you’ll need about 25% more to equal the sweetness of sugar. 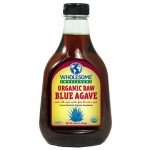 is becoming mainstream. Thus it is the easiest natural alternative to find in the usual supermarket. It releases glucose into the bloodstream slower than sugar, but it has to be processed to become sweet, making it too similar to high fructose corn syrup. In consistency, it’s similar to honey or maple syrup. While it doesn’t have much taste of its own, it can lend a fruitiness to foods.

One of the newest kids on the sweetener block is Stevia 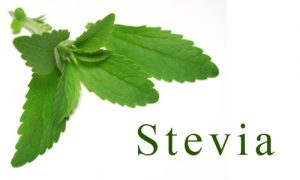 , an herb with a sweet taste. Not long ago, the FDA considered this plant as dangerous. But those suspicions appear to have come from industry insiders, possibly trying to keep their market share. Today, it is used as a “dietary supplement” instead of food additive, thus escaping the watchful eye of the industry-slanted FDA. While it’s somewhat new in the U.S. it has been used for some time without problems in other countries. The only bad about Stevia so far is that it leaves behind a not-very-pleasant aftertaste. It goes fairly well in drinks but is not recommended for baking.

An alternative sweetener not recommended for drinks is date sugar 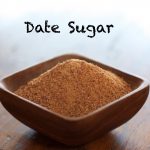 . This is just ground up dried dates, with all the flavor, fiber and protein of the original fruit. But because it’s a fruit, it’s not recommended for diabetics. Date sugar isn’t as sweet as sugar and is often described as having a nutty flavor. Date sugar does not dissolve, so don’t put it in your iced tea.

In terms of safety, there isn’t much evidence one way or the other. Also, we don’t know what high consumption of these alternative sweeteners might do. But it seems that we may not really have better living through chemistry.

You Are The Last Line Of Defense