Many people have raised questions about high fructose corn syrup. This is especially true in light of the corn sweetener industry’s attempts to rebrand its product as “corn sugar.”

You’ve probably seen the commercials on television where a concerned parent looks over a hungry child or two and says, “Your body can’t tell the difference. Sugar is sugar.”

But is that really true?

I’m reminded of a recent debacle in the computer industry in which a major company had released a dog of an operating system full of bugs and problems. But instead of spending money fixing the problems, they spent millions on an advertising campaign. That’s kind of what the corn sweetener industry is doing. Instead of coming up with a better product or convincing farmers to grow food instead of inedible corn for ethanol and sweeteners, they are seeking FDA approval to rename the product as corn sugar. 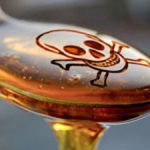 Here’s another valid point: high fructose corn syrup does a lot more than merely sweeten many, if not most, processed foods. It also acts as a preservative, allowing processed foods like baked goods and dairy products, to stay on the shelf longer. That not only benefits the processed food industry, but grocery stores as well. 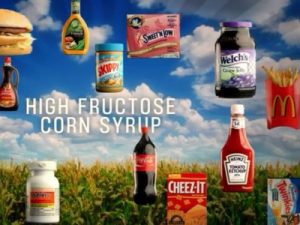 High fructose corn syrup use has declined in recent years. More and more products, like breads, are loudly proclaiming on their packages that they contain no high fructose corn syrup. Even the First Lady, Michelle Obama, has spoken out against it. Some studies have linked its use to the increasing obesity problem in America. But the American Medical Association says there’s not enough evidence to recommend HFCS be avoided. It’s kind of a chicken-or-egg question. Is HFCS causing obesity or are people becoming more obese because it’s in so many products that we eat?

It is true that from a nutritional point of view, sugar, whether it comes from beets, cane, corn or some other fruit or vegetable, is still sugar. All sugars are broken down by the body into simple glucose. However, the body does handle different sugars differently.

Particular enzymes are required for different kinds of sugar. Milk sugar, or lactose, for example, requires extra effort by the body to get broken down. That’s why some people are intolerant of lactose. Sucrose, or simple sugar such as that found in cane or beets, is pretty easy to digest. Fructose, or fruit sugar, takes longer to digest, which is why diabetics can consume more fruit than sweets. But fructose can also cause other problems. It can be stored longer in the liver and trigger certain diseases such as gout and hypertension.

So, what do we do? Most experts say we should be consuming less sugar in general. One of the most insidious elements of HFCS is that it is in so many foods, often ones you would not expect to see it. That’s why it’s important to read food labels and ingredient lists.

And what’s the final answer to the question about whether corn sugar is the same as any other? I say “no.” Avoid it if you can. But cut back on any and all sugar consumption.