Like a lot of Americans, we here in The Bachelor’s Kitchen were appalled at the use of something dubbed “pink slime” in kids school lunches. 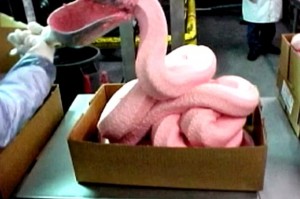 The sound of that term just makes one’s stomach turn over. The first reaction was: “How could we be giving our children such a disgusting thing?”

But through the days this issue has been part of the news, we’ve done a bit of rethinking about pink slime. Can it really be that bad? Could this just be a case of bad branding, of being given a bad name?

The more we learn about pink slime, while still unappetizing, we are learning that this common ingredient in ground beef may actually be a good thing. 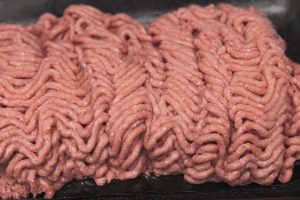 The real term for pink slime is finely textured lean beef. Scraps from beef trimmings are sent into a machine where the fat is removed and the meat picked apart. Because ground meat is more prone to bacterial contamination, the meat is then treated with ammonia which turns it into that unflattering bright pink color.

So, the positives are 1) less waste, 2) safer than regular ground meat, and 3) leaner than regular beef. The negatives? That ugly color and the fact that it can easily be concealed in other ground meat products. In fact, there’s probably pink slime, or finely textured lean beef, in the last package of ground beef you bought at the grocery store. While it has a lousy name and by itself doesn’t look very good, it is efficient and safe to eat.

On the other hand, chefs like Jaime Oliver, who’s Food Revolution campaigns for bringing better quality food to public school lunches, are appalled at products like this. In one segment of the program, he showed a bunch of school children what really went into making their beloved chicken nuggets. While the kids were repulsed at first by the finely ground chicken scraps, in the end they chose the nuggets over an intact chicken breast. What does that say about the state of food in America?

Actually, this finely textured lean beef has been around for years and you’ve never known it. It’s in all kinds of beef products, not just hamburger. Bologna, hot dogs and other lunch meats are made from little else. So, what’s the big fuss?

The disgust over pink slime is, in part, a Twitter phenomenon. One national journalist coins the term and it spreads like wildfire across the Internet. Certainly, no one wants a dish of pink slime when they sit down at the kitchen table. And we can always do better in feeding our kids. But like the old saying says: laws and sausage are two things you should never see made. In this case, ignorance may have been a sort of bliss.

Actually, that’s not true. Before you get the wrong idea, I’m no champion of pink slime. But on the whole, it’s not as bad as many of us first thought. I would prefer to have the option of whether I eat this stuff or not. That means it should, in some form, be on the label — although I’m sure the term pink slime should not be used. In the end, finely textured lean beef is a good use of beef scraps, but we should be careful how we use it and avoid these kinds of foods in children’s meals.