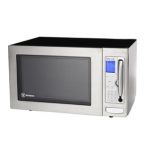 . But this modern miracle appliance can do a lot more than warm up leftovers or cook frozen entrees. Using a microwave to cook those food that do well in that device can save a lot of time and money. Microwaves usually use less energy than stoves or regular ovens. Also, they generate less heat in the kitchen, an important consideration during the summer months. If you’re going to take up valuable counter space with this appliance, then you should make the most of it.

Many foods do not do well in the microwave. Baked goods, for example, can come out unevenly heated and rubbery. Anything that needs browning, like meat, doesn’t do well.

Some things can benefit from use of both a microwave and a conventional oven. Baked potatoes fall into this category. If you cook them all the way in the microwave, the small ends will become hard and inedible. But if you start them in the microwave and finish them in the oven, you cut down the amount of time that hot oven needs to be on. This method can also work on some stovetop items.

Here are some other foods that do well in the microwave. Just remember to use no metal. If you use plastic containers, make sure they can handle the heat of the food. Always cover your food to hold in moisture and keep splatters from making your microwave a mess. And always leave some venting for steam to escape. If you have one with varying power levels, use them. Remember you can always add more time. Treat all liquids heated in the microwave with respect, because you can get burned. I know, I’ve done it. If you need to buy microwavable cookware, a few pieces probably would be a good idea to have around.

Rice. Combine one cup of uncooked rice with two cups of room temperature water. Cover and heat on high for five minutes, then at 50% power for 12 minutes. While this doesn’t cut back on regular cooking time by much, it creates a more consistent product with less chance of mushiness or sticking.

Hot Cereal. Whether it’s oatmeal, cream of wheat or something else, cooking quick or instant versions in the microwave in the same bowl you’re going to eat from is a big time saver and has less clean-up. Just follow the directions on the package. 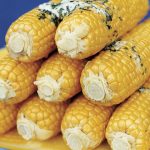 Corn on the Cob. Leave the corn in its husk and lay them on the microwave oven turntable. (Don’t have a turntable, stay close so you can turn the food around every 30 seconds or so.) Four ears take about 10 to 12 minutes on high to cook. The moisture in the corn will steam the kernels in the husk. Rearrange the husks and turn the cobs around every 2 to 3 minutes. Allow them to cool for a minute or two and the husks and silks should come right off, easier than with raw corn. While you’re at it, butter melts nicely in the microwave, too. 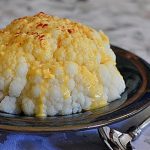 Cauliflower is not a vegetable high on my list of favorites, but you have to give it credit where it’s due. What makes this  vegetable great for the microwave is its shape and texture. Those allow cauliflower to cook evenly. Just cover loosely with plastic wrap and cook on high for 6 to 8 minutes depending on the size and weight. Not only is this faster, no nutrients are lost in the process.

Mixed Veggie Platter. I’m a big fan of stir-frying for cooking combinations of vegetables. You can do the same in the microwave. Just make sure the veggies are all cut into pieces about the same size and then place slower cooking, denser vegetables like carrots and potatoes on the outer edge of the plate; lighter veggies like asparagus, green peppers and onions should be in the middle. Leave them wet after rinsing them. Cover with waxed paper. Cook for 2 to 4 minutes on high.

Fish. Since it doesn’t have to brown, fish steams well in the microwave without drying out or absorbing fat from frying. Cover and cook for about four minutes per pound, rearranging and turning at least once halfway through.

Sadly, this technique doesn’t work as well with chicken, which can, if you’re not careful, become rubbery or can explode like someone put a little bomb in the middle of it. Because thickness varies so much, chicken often cooks unevenly, leaving the smaller ends hard and nasty.

A microwave is one of the most useful kitchen appliances you will ever own and well worth both the investment in money and in time, learning how to use it well.