More than likely, you’ll be overeating during the holidays. Whether it’s Thanksgiving, Christmas or New Year’s Eve, eating lots of foods is part of the celebration. But then you feel like a beached whale. 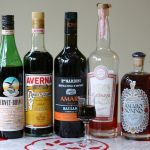 The European secret to surviving the feast is an after-dinner drink, called a digestif (pronounced die-jes-teef). These are liquors made to help settle an over-full tummy. They really work. Many are made with a wide range of herbs and medicinal plants. Some are distilled liqueurs made from grapes. In any case, these are designed to be sipped after a heavy meal. They are usually strong flavored and high in alcohol.

One of the best known after-dinner drinks is Port, 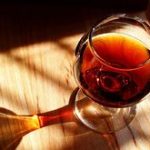 a Portuguese wine fortified with brandy . Port is sweet with a high alcohol content. It’s thicker than wine and heavier. It makes a great dessert.

Grappa. This is a distilled liquor from Italy. It is made from the final pressing of the wine grapes, squeezing every last drop from skins, seeds, leaves and stems. For many years, grappa was a back-yard cottage industry as the wineries would often give the materials away just to not have to trash them themselves. But since then, it has become big business. Grappa tastes a little like kerosene. It’s very strong, coming out at about 40% alcohol. It really does settle your stomach. 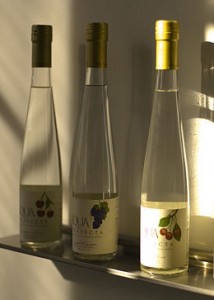 Eau de vie is a French version of grappa, a distilled fruit brandy usually flavored with flowers or herbs.

Another Italian digestif is amaro. There are many varieties with a wide range of tastes, everything from sweet and syrupy to bitter and herbal. Each one has a different combination of herbs and plants which make up its formula. 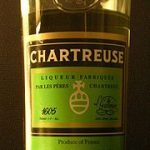 Green Chartreuse is made by French Carthusian monks using a staggering 130 different herbs and ingredients. It is slightly sweet and has an earthy taste. They also make a milder, sweeter version using honey called Yellow Chartreuse.

If you want something more familiar, 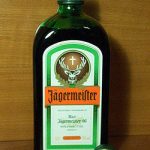 Jagermeister, that popular shot drink, was originally made to be a digestif. Frankly, I’d like it better that way than as a shot.

Harlem is a Dutch herb and spice liquor made by the same people that make the well-known Ketel One vodka.

Bitters is often added to cocktails, but it’s herbal content makes it a good digestif. Other possibilities are sherry, limoncello and ouzo. Cognac and whiskey, taken neat (without ice or other additives) are also good after dinner drinks.

Stop by your local wine or liquor store and see what they have available. It makes a nice finish to a big meal.