With increasing pollution of our seas and oceans, more chefs are now recommending we get to know the smaller fish. These little fish, like sardines and anchovies, have lots of flavor, are sustainable and conveniently canned, available to everyone. Also, they are inexpensive. Another reason they are being recommended is that these smaller fish are less likely to be contaminated with things that shouldn’t be there, like mercury. 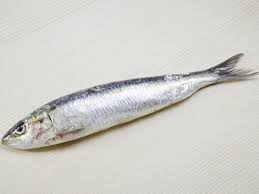 Many people have a first reaction that they don’t like them. But lots of people who say that have never really tried them. Certainly, they haven’t tried to make them tasty. Usually, these little canned fish have a lot more nutrition than the usual frozen fish fillets we see all the time in people’s freezers. Those are often not even a real fish fillet, but a conglomeration of fish pieces squeezed together and coated with a breading. While these are better than no fish at all in your diet, they lack many of the nutrients for which we eat fish in the first place.

Many of the more popular fish, like cod, red snapper, tuna and salmon, have been contaminated with mercury from centuries of burning coal. Overfishing has meant more of these species are farmed rather than wild, and farmed fish have less flavor. 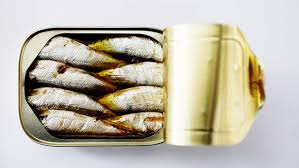 Sardines are canned in many different ways. At the cannery, the fish are washed, their heads are removed, and the fish are cooked, either by deep-frying or by steam-cooking, after which they are dried. They are then packed in either olive, sunflower or soybean oil, water, or in a tomato, chili or mustard sauce. Canned sardines in supermarkets may actually be sprat (such as the “brisling sardine”) or round herrings. Sardines are typically tightly packed in a small can which is scored for easy opening, either with a pull tab (similar to how a beverage can is opened), or a key, attached to the side of the can. Thus, it has the virtues of being an easily portable, nonperishable, self-contained food. The close packing of sardines in the can led to their metaphorical use of describing any situation where people or objects are crowded together, for instance, in a bus or subway car.

Sardines come already cooked so you can eat them right out of the can, usually with crackers. You can make an appetizer out of them by stacking them on a cracker with a chunk of tomato and a slice of cheese. You can dredge them in flour and pan fry them with some spices. They can be chopped and added to a salad for some added protein.

Having canned sardines, or any other canned fish, in the pantry can give you many delicious dishes. They are always ready, nutritious, sustainable and inexpensive.