The last of the summer corn is hitting the produce stands, aisles and farmers’ markets right now. Some people think this treat can be a mess to prepare. But we at The Bachelor’s Kitchen beg to differ.

The problem for many cooks is shucking the corn. Our answer: don’t do it before you cook your corn on the cob. It’s really quite simple. 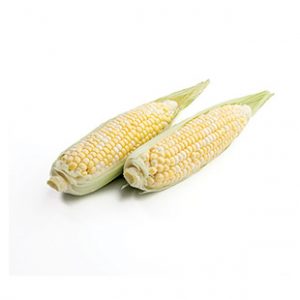 Start with the cob still in its husk. Put the whole thing, husk and all, in your microwave. In some stores, part of the husk is stripped off to show the corn underneath. This technique doesn’t work then unless you wrap plastic wrap around it. Choose full husk corn. As you make your selections, look for still golden silk at the top. Some dark silk is fine, but there should still be some silk close to the cob that’s still gold in color. Also, gently feel and squeeze the corn all along the husk, feeling for any hard or unfilled places. You want the corn to be as fresh and complete as possible.

Cook the corn in the microwave for three to four minutes on high. Add 2 to 4 minutes per additional cob, but leave room between each ear. Allow the corn to stand for a minute or two while the corn steams in the husk.

Next, using oven mitts or potholders, carefully remove the hot corn. Cut off the shank (the bottom of the ear opposite the silk) and a small amount of the cob. Make sure you use a good, sharp knife.

While holding the uncut, silk end of the ear, just shake the corn out of its husk onto a plate, using your knife to slightly pull and guide the cob from its sheath.

That’s all there is to it. No tricky silk between rows of corn, no messy husks. Get some butter and salt and you are all set to enjoy this summer treat.