Wine grape plants, or vines, are scientifically called Vitis vinifera. Note the genus is Vitis, the same root as the word vital. And that’s what wine was to early civilizations – vital. Water could become polluted, but fermentation killed the bugs that would make people sick.

Wine Varieties.  There are thousands of grape varieties, most of them hybrids. Some are acquired from cross breeding, but most are made by grafting one variety onto another. Grafts are also how most vines are spread around the globe to regions you wouldn’t think of for wine.

Barbera. This is an Italian red known for its ruby color. It is low in tannins and high in acid, an unusual quality for most reds. Barberas are generally from the Piedmont region of Italy. They are heavy in fruit aromas, especially berries. Those aged in oak barrels tend to have a spicier note. A great candidate for cellaring.

Cabernet Sauvignon. One of the better known reds, this is a hybrid of Cabernet Franc and Sauvignon Blanc. It is grown in almost every wine making region of the world because it is a hardy vine and resists frost and rot. As a wine, Cabernet tends to be peppery in taste with aromas of mint and eucalyptus. If aged in oak, the wood adds additional, mellower flavors and scents. Depending on exactly when the grapes are harvested, sugar content can be higher, leaving a jammy flavor or the smell of black currants. It is often found in blends. This wine holds up well with rustic or spicy food. It keeps nicely in a cellar collection. 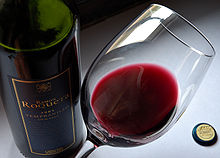 Durif (Petite Sirah). This is not the same as the wine called Syrah or Shiraz. The grapes are small and the wine is dark crimson. The smell is usually peppery and herbal. The taste is that of dark fruit, like blueberries, black berries and plums. The tannin level is high, so it keeps well, but the taste can be “short,” meaning the finish, or after taste, is nearly nonexistent.

Gamay. This is usually attached to the name Beaujolais which is the region where it grows. It’s a purple grape that produces a wine that’s light and fruity. This is an excellent everyday wine that goes with almost all kinds of food. Like most Beaujolais wine, it is usually not aged for long and is meant to be drunk within a few years of production.

Grenache is a hot weather grape that flourishes in Southern France and Spain. It is usually found in blends like the famous Chateauneuf-du-Pape. In fact, there’s an interesting story behind that wine alone. It can be a difficult grape in wine making, and so is not used as much as some other low-tannin grapes. 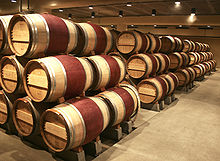 Merlot. Another well-known red wine with a medium body and soft flavor and aroma. It is often used to mellow the sterner cabernet sauvignon. Because of its lighter taste, it pairs well with a wide variety of food. If you see White Merlot, pick this if you don’t like wine but do like kiddie soft drinks. It’s the same as White Zinfandel.

Pinot Noir. The United States has become a leading producer of Pinot, a native of the Burgundy region of France. We think some of the best Pinots are from Oregon, with its moderate, moist weather. It’s not easy to pin down its flavor and aroma. It can be strong or light, fruity or spicy, even manure-like in smell. It a medium wine that can go with all but the lightest or spiciest foods.

Sangiovese means “Blood of Jove” and is commonly known as Chianti if it comes from the Chianti region of Tuscany in Northern Italy. It is very dry but can have enormous fruit tastes and aromas. It is usually part of a blend. Non-Italian Sangioveses seem to be a bit weak compared to the Classico Reservas from Tuscany. A variation on Sangiovese is Brunello, one of the better known versions outside of Northern Italy. It goes well with spicy, highly acidic dishes.

Syrah or Shiraz. This is a more widely grown grape around the world than you might think. It is high in both tannins and acidity and has a lot of blackberry and dark chocolate tones in taste. Aromas are usually peppery with hints of licorice or cloves. The name Syrah is used throughout most of the world, but Shiraz is the name found in Australia and it’s wines. These are powerfully flavored wines that easily overpower delicate foods, so should be served with hardier fare and red meat. 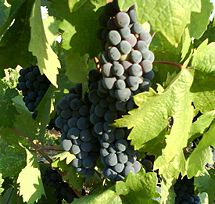 Zinfandel. This is never to be confused with White Zinfandel, a sickly sweet wine created to use up the dregs of the barrels. Real zinfandel is a robust, ruby-red wine with a higher alcohol content. It’s a wine that was almost wiped out during Prohibition and the Great Depression, but made a stunning come-back in the 1970s. Zinfandel grapes can be a challenge for wine making because they often ripen at different rates on the same bunch. Originally from Croatia, they are popular in California. Because of the higher alcohol content, Zinfandels have a stronger flavor to go with spicy or acidic foods.

Besides these varietal wines, there are many blends made from them that can have characteristics of all the primary grapes in the wine. Also, most wines have some blending to them with small amounts of other juices to affect the flavor according to the winemaker’s goal. Aging in oak or other kinds of barrels also affect flavor. So does the location of the vines and what’s growing around the vineyard. All these variables are what make wine so interesting.