Lots of people like to eat cod and salmon as their seafood choices. In fact, these two fish are so very popular that they are being fished to death, literally. Many people complain about the taste of farm-raised versions of these breeds. But there are lots of other fish in the sea that are both delicious and sustainable. 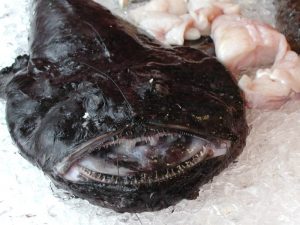 This ugly brute is sometimes called the “poor man’s lobster.” In fact, the tail meat of this fish really does taste like lobster tail, sweet and meaty. This Atlantic bottom-feeder is a type of angler fish, meaning it uses a spiny extension from its head to lure other fish, which it swallows whole.

Spiny Dogfish. As you can see, this fish is a type of shark and is sometimes called the Cape Shark or Mud Shark. It likes shallow waters and has two dorsal spines. Its meat is oily and ideal for deep frying. 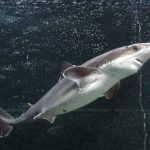 This is the fish you would most likely get in an English fish and chips shop. It is also popular in Germany, Belgium and the Netherlands. Right now, it is so popular in Europe that some conservationists have classified it as “vulnerable.” 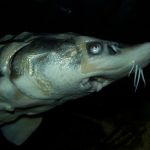 Sturgeon. Yes, this ugly fish is the one that gives us caviar. There are several varieties, both fresh water and sea-going. They are farmed in British Columbia and make fine steaks. They are one of the oldest of the boney fishes and have been around for at least 400 million years.

They look fast and they are, one of the fastest fish in the sea. They are found in the Pacific around Hawaii. In fact, the name is a mispronunciation of the Big Island. The Hawaiians call this sleek fish “ono,” meaning good to eat. The taste has been compared to albacore tuna. When grilled, people say it tastes like chicken or veal.

Artic Char is considered to be one of the least “at risk,” most sustainable wild fish. This cold water species is related to salmon and lake trout. Some chefs call it “salmon lite.”

There are many more fish you can enjoy instead of cod or salmon.