Many people think eating healthy means spending more money. But that doesn’t have to be true. You can stock some very affordable items in your pantry without turning to cheap processed food. Here are some ideas. 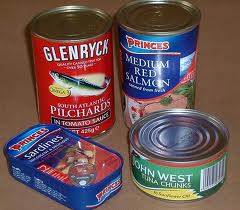 Canned fish. Most of us have canned tuna in our cupboard. It’s the most eaten fish in America. But if you look around that same section of the canned food aisle, you’ll see more options than just chunk white or Albacore. Canned salmon is almost as versatile as tuna. It’s great for salads, including as a replacement for tuna salad. You can also add some to scrambled eggs or sautéed with olive oil and fresh or frozen vegetables. Sardines are very nutritious and very affordable. Buy the kind packed in olive oil or mustard sauce for a great snack or something to go on crackers with a soup or a salad. Because you can eat the bones, it’s high in calcium. Kippers are a well known English breakfast dish. Canned versions of this dried, smoked fish are available which you can use instead of bacon or sausage in your usual morning meal. 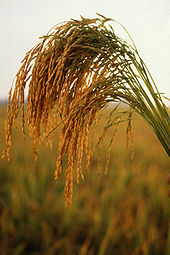 Brown Rice. Rice is one of the world’s most widely consumed grain. It is produced in more countries than any other grain except corn. It is a staple from Latin America, The Middle East, South and Eastern Asia. That’s almost all the way around the world. Most rice is hulled, meaning the outer layer is removed. The same is done to wheat. The reason for this is to remove the germ, the part of the seed that contains the embryo for a new plant. This part also contains fat, which can spoil over time. Brown rice has only had the chaff, or outer covering of the seed pod, removed but still has the rest of the hull, including the bran, on it. Brown rice doesn’t keep as long as white rice but has more nutrients. Cooking brown rice requires a bit more water and a little more time than cooking white rice. But the same procedure is used. It has a slightly nutty taste and a rougher texture than white rice. But that outer hull contains a lot of fiber. Inside rice, regardless of type, is a high level of carbohydrate (the highest of all cereal grains) and a fair amount of protein. Parboiled rice (Minute Rice) has been partially cooked and thus takes less time. It’s a little easier to deal with for less experienced cooks. Instant rice has been completely cooked and then dried. The biggest drawback is the addition of salt and other substances that you don’t need. But instant rice is better than no rice at all. Just stay away from the microwave pouches which are filled with crap you don’t need.

Frozen Vegetables. I’m a big advocate of frozen vegetables. Most of the time, these have been allowed to stay in the field a little longer than those transported to grocery stores around the country or world. That means they are usually a little riper than the others. Usually, they are transported only a short distance to processing plants where they are washed, trimmed, cut up and individually frozen (so they don’t stick together) before being bagged and shipped frozen to the stores. The quality of these are often better than the so-called fresh produce elsewhere in the store, depending on the season. Not all vegetables freeze as well as others. But I really like the bags of mixed vegetables and combinations. These are very affordable. But beware of the vegetables in sauce. They contain lots of additives. Also, I don’t like the steamable, microwavable bags of veggies. Not only do they have salt and other stuff added, but they are ridiculously expensive. Considering cooking frozen vegetables in the microwave is extremely easy and fast, I think the cost far outweighs the convenience. Just watch the ingredients list for just the vegetables and nothing else. 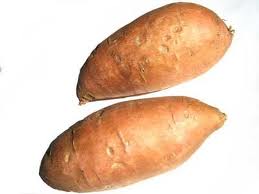 Sweet Potatoes. Scientists call this version of potato a nutritional powerhouse. It is one of the most complete foods you can buy. Like other potatoes, they will keep in a cool, dark, dry place for months. These are not the same as yams, which are root vegetables grown mostly in Africa. It’s believed that slaves called sweet potatoes yams because they look a lot alike. But true yams are much larger and darker. While things like marshmallows and maple syrup will enhance the natural sweetness of these vegetables, they certainly aren’t necessary. A little butter on baked or roasted sweet potato pieces are divine. There are many ways to fix these, just like white, red or gold potatoes.

So, keeping a healthy pantry doesn’t have to cost a lot. And the better your pantry, the more possibilities you have for making tasty, healthy meals at home without spending a lot of time.