I was planning on writing about this topic a bit later, but someone beat me to it. We’ve heard from Kurt Friese before. He’s a popular author, chef and restauranteur. He agrees, there’s no excuse for chemical-laden microwave popcorn when making REAL 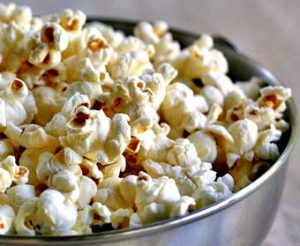 popcorn on the stove is so easy.

Is there anyone, save Professor Hathaway from the 80s cult film Real Genius, who doesn’t love popcorn?

If you are a regular reader of The Bachelor’s Kitchen, you know we’ve talked before about liking popcorn. To us, it’s an ideal snack — low in fat (unless you heap butter on it), nutritious and easy to eat.

Kurt is a bit Iowa-centric in his preferences of popcorn.

I live in Iowa, after all, and if anyone knows anything about corn it would have to be us. One of the most famous companies to produce the prodigious snack is Jolly Time, of Sioux City, which has been selling popcorn for more than ninety years, but it goes back much further than that. It was a staple for the Aztecs and Incas, used as a food, as decoration and jewelry, and as an offering to the Gods. 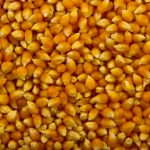 But unless you’re a real gourmet or popcorn aficionado, you’ll probably have limited choices at your local supermarket. Popcorn is in the Snack Aisle, probably next to the nuts. You will see a dozen brands of microwave popcorn in several styles, flavors and varieties. Don’t be tempted by that demon seed.

Granted, it is true that the microwave stuff only takes three minutes, and many of us have children who stand in front of said microwave screaming “hurry up” as the LED timer ticks past 1:30. It can be said that there is tradition behind microwave popcorn as well, since according to the Popcorn Board (a nonprofit promotional organization) popcorn was the very first use of microwave heat. Nonetheless, for flavor and yes — nutrition — you can’t beat the real thing. And the real thing takes 10 minutes; worth it by anyone’s measure.

Look below all those brands of microwave crap and you’ll see bags and jars of corn kernels. That’s what you want to get. Personally, we think the white corn gives a better taste, but you may not have a lot of choice. 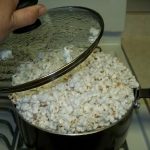 What’s wrong with microwave popcorn? Well, do you know what’s in it? No? Neither does anyone else. If you look at the ingredients, you’ll see in addition to corn and lots and lots of salt, there will by hydroginated oil which contains dangerous trans fats. You’ll also see “artificial and natural flavor,” which could be anything. Why put up with that?

Making real stuff is easy and better for you because you know exactly what’s in it. Here’s the steps: 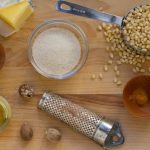 In addition to butter, you can also use garlic salt or powder or  a sort of caramel made from sugar, water and butter. For spicier popcorn, add a little curry powder or Old Bay seasoning. You can flavor the corn any way you like. Any leftovers can go into a zip top bag in which you have tried to get as much air as possible out. It will keep for a few days, but not long.

When it’s that quick and that easy, there’s no reason to subject you body to all that crap just because it’s fast.