Here’s a look at some condiments you may not know, but maybe should.

In the beginning there was ketchup

Ketchup has reigned supreme for nearly 200 years. At its peak, it was found in 97% of U.S. households.

But global influences have perked up our palates. There’s a big world of flavor out there. Clear out some space in the pantry and push aside the ketchup bottle in your refrigerator. It’s time to make room in your kitchen and your cooking repertoire for six new condiments.

Sriracha, oh how I love thee. Squeezed on vegetables, drizzled over noodles, mixed into dressings, dips, and sauces; a moderately spicy chili base with a healthy garlic kick, Sriracha is a condiment chameleon. It transcends cuisines and national boundaries meshing equally well with dishes from Asia, Latin America, and the American South. It rivals ketchup as a tabletop catch-all.

Fish sauce requires a leap of faith. Comprised largely from fermented anchovies, on its own it is potent and smelly. Use it judiciously as a dipping sauce or an ingredient in curries, casseroles, and stir-fries. The flavor is pure magic.

Chimichurri sauce can be green or red (with added tomatoes or peppers). It’s primarily a blend of parsley, garlic, olive oil, vinegar, and pepper flakes, with different spices added to suit the dish. It’s used as a marinade and as a sauce, mostly with grilled meats. It’s popular throughout South and Central America; especially in Argentina where they know a thing or two about grilling meats. 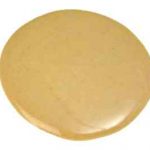 Tahini has been found on supermarket shelves in the kosher aisle forever. A creamy paste made from sesame seeds, tahini is most closely associated with the Middle East, where it is a familiar ingredient in hummus, falafel, and eggplant dishes. Tahini has the consistency of peanut butter but with a milder taste, and adds nutty richness as a sandwich spread, salad dressing, and dessert ingredient.

Harissa is a chili sauce that appears on every North African table; sometimes in every course at every meal in all kinds of dishes. To my taste, a little goes a long way: a dab added to stews, sandwich spreads, soups, and sauces adds a distinctively tart, fiery finish.

Preserved lemons are lemons that have been essentially pickled in their own juices along with salt and some spices like cloves, coriander, pepper, and cinnamon. Maybe it doesn’t sound like much, but whatever the preserved lemons are added to take on complexity and a kind of exoticness. Beans or vegetables, sauces and salsas, dips and desserts will all have a little Moroccan je ne sais quoi.