Many people say they’ll eat any toppings on a pizza except anchovies. Why? Most of the people who say that have never tasted this abundant little fish. But, the surprising fact is that they’ve been eating anchovies all along and probably didn’t know it. 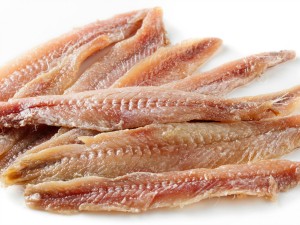 If you like Asian food, especially Thai foods, you’ve eaten anchovies in the form a fish sauce, a common ingredient. In common American usage, it’s Worcestershire sauce and Caesar salad dressing in which anchovies are a principle ingredient. They are found in temperate waters, like the Mediterranean Sea. They range in size from about one inch up to 15 inches. Usually, they are gutted and cured in a salt brine, then packed in oil in cans. They can be identified by their strong taste and dark gray color. Better quality anchovies are packed in vinegar, which keeps the flesh white and the taste more mild.

Anchovies have a long history in Greek, Italian, Spanish and North African dishes. The Romans turned it into a rich condiment sauce called garum. Modern Worcestershire sauce is based on that old recipe for garum. You may have seen them used by chefs on TV as the basis for a hearty sauce like marinara. They use anchovy fillets which mostly disintegrate into the sauce without leaving behind a fishy taste.

So, if they’re so good and useful, why do people hate them? Unofficial surveys show most people think they are too salty. Since they are process in a brine, that seems obvious. Others say the flavor is too fishy, or that the smell is fishy. Well, it is a fish, afterall. Again, this is a by-product of the processing. Fresh anchovies don’t smell.

But we suspect that many people say they don’t like anchovies but have never tasted them. We remember people saying that about sushi, and yet that was food craze that swept the nation. You can even buy sushi in the supermarket. For people who have tasted it in fresh salad dressing or something similar, they find they like it. It’s even a favorite food for some. 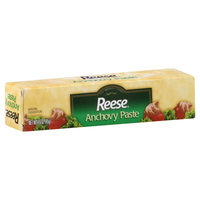 A good way to learn to like anchovies, is to buy anchovy paste. It comes in a tube, usually found in the canned meat aisle. It can add wonderful flavor to a sauce without adding any fishy taste. Like sardines, they are a nutritious and tasty little fish that are abundant, sustainable and inexpensive.