We all know we need to eat more vegetables. But not everyone knows how to prepare them. So, The Bachelor’s Kitchen is doing a series of posts about how to cook vegetables. If you have any ideas you’d like to contribute, please feel free to add them to the comments link just below the post.

We’re talking about common vegetables here. And few are as common as corn. It’s an amazingly versatile vegetable that can be prepared in a wide variety of ways. It’s also one of the world’s staple crops. 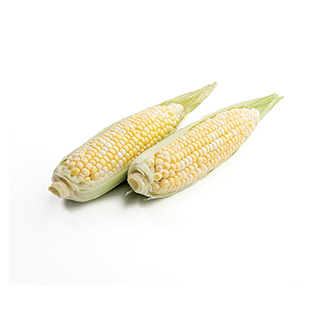 Corn has a very interesting history, one that is almost uniquely American. Throughout the rest of the world, it’s known as Maize. Right from the beginning, this was a hybrid plant. It was derived from a similar plant native to what’s now southeastern Mexico. Archeologist have found evidence of corn being cultivated as early as 1500 BC.

Most corn is grown in the United States. It’s our biggest crop. But it’s also grown around the world. Most of the corn grown in the U.S. is used as animal feed. In much of Central America, corn is a staple food crop and makes up a large part of peoples’ diets.

The best way to buy corn is with the husk still on. The husk should be green, not yellow or brown. The silk threads on top should be moist and pliable. If they’re dry and brittle, that corn has been sitting around too long. Feel the corn. Does it feel like it fills the husk? Does it feel firm and heavy? Those are good qualities in selecting corn.

Cleaning the corn right way is not necessary for many cooking techniques. In fact, leaving the husk in place gives you more options. After the corn is cooked, you’ll find the husk and silks come away much easier.

The easiest way to cook corn is in the microwave. Leave the husk in place and microwave on high for four to six minutes depending on the microwave’s power. Be very careful when remove them, as they will be very, very hot. Turn them once about halfway through. After they’ve cooled off a little, remove the husk and silks and you’re ready to go.

Depending on the time of year, grilled corn is also easy and tasty. The husk will add a sort of earthy flavor to the corn. Peel back the husk a little, just enough to loosen it. But don’t remove it. Pull off as much of the silk as you can so they don’t catch fire. If possible, soak the corn in the husks for about 30 minutes beforehand. Grilling should take about five to ten minutes, turning occasionally. They’re done when the husk starts to brown.

You can also roast the corn in a hot oven for ten to 15 minutes, turning at least once during the cooking. You can also steam them just like any other vegetable for about four minutes.

Removing the corn from the cob gives you a whole other set of options. The easiest method here is simply to sauté it with a little butter of olive oil. As you’re removing the corn, be sure to do it over a bowl to catch all the juice. You now have the makings of a great corn custard or pudding, or even a baked corn casserole.

There are lots of recipes for fixing corn. Just let your creativity run wild with this vegetable, especially when it’s in season.