In these depressing times, we might be tempted to turn to comfort foods, or even food for comfort. I remember what the TV character Rhoda said in the opening of her show years ago. “Food was the first thing I loved that loved me back.”

While it’s tempting to lay into that carton of Ben and Jerry’s ice cream or polish off that leftover pizza, the swelling damage to your waistline will eventually appear. I understand. It’s a battle I have to face daily. And I can tell you that even with all this blog writing about food, all the study of nutrition and health, all the doctor advice, I still fall victim to food as a crutch. It’s hard not to feel like a failure when you look over the battlefield damage of empty cartons, dirty plates and pants that fit too tight. 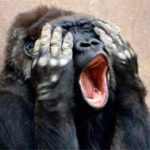 Here’s another idea. First, don’t beat yourself up over giving in to temptation now and again. Just pick yourself up and get back on the weight loss horse. Everyone has moments of failure, even if they don’t admit it or you don’t see it.

Second, look at the people who are dishing out the advice. If they’re skinny, chances are they didn’t have that much of a problem to start with. If they did, it was probably when they were young. And some people just are better at sticking to something than others. A lot depends on how they were raised and the genes they inherited. Take that advice with a grain of salt. There may be factors not immediately evident. Also, they may not understand completely the problem for you specifically. YOU may not understand it yourself, so how could someone else? 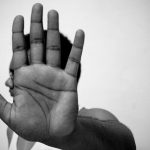 don’t deny yourself too much. When you say something like, “Sugar will never cross these lips again,” you set yourself up for failure. Allow yourself a little treat now and then. It will make you feel better with minimal impact on your weight or health. Sometimes doing something to improve your mood is more important than losing weight.

Fourth, if you decide to have a little treat, incorporate it into your eating plan. That way instead of it being extra calories, it becomes a part of your overall effort. Also, you can choose foods that help your mood instead of whatever’s sitting in the refrigerator.

Here are some food ideas that may help, with information from food blogger Brierley Wright. Brierley holds a master’s degree in Nutrition Communication from the Friedman School of Nutrition Science and Policy at Tufts University. A Registered Dietitian, she completed her undergraduate degree at the University of Vermont.

Dark chocolate. You’ve heard about this before.

“Eating dark chocolate (1.4 ounces of it, to be exact) every day for two weeks reduced stress hormones, including cortisol, in people who were highly stressed, a study done at the Nestlé Research Center in Switzerland recently found. Experts believe it could be thanks to the antioxidants in chocolate. When you do indulge, be sure to account for the 235 calories that 1.4 ounces of chocolate delivers—or you may be stressed to see extra pounds creeping on.”

You might say the research is a little suspect because it’s done by a Swiss chocolate company. But do you want the chocolate or not? Take your rationalization where you find it. In a 1500 to 1800 calorie a day diet plan, finding room for 235 calories shouldn’t be too hard. Think about what looking forward to that treat will do for your day. 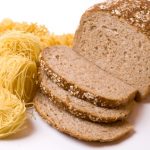 Carbohydrates. In recent years, carbohydrates have been vilified. The success of low-carb diets, like Atkins, and the weight loss resulting from those programs seem to make a convincing case for never eating bread again. But like most things in life, there’s another side to the story.

“In a new study in the Archives of Internal Medicine, people who for a year followed a very-low-carbohydrate diet—which allowed only 20 to 40 grams of carbs daily, about the amount in just 1/2 cup of rice plus one piece of bread—experienced more depression, anxiety and anger than those assigned to a low-fat, high-carb diet that focused on low-fat dairy, whole grains, fruit and beans. Researchers suspect that carbs promote the production of serotonin, a feel-good brain chemical.”

I know I’d be unhappy and mad if I had to do without carbs all day. Me like sandwiches. 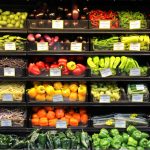 Fruits, vegetables and whole foods. Many people have been advocating this for years. They maintain that eating vegetarian, raw foods improve your life overall by reducing weight and risk of chronic diseases. They also claim they may help extend your life. Others say it just seems that way. The scientific evidence remains a little scarce, but it is there.

“In a recent study of close to 3,500 men and women published in the British Journal of Psychiatry, those who reported eating a diet rich in whole foods in the previous year were less likely to report feeling depressed than those who ate lots of desserts, fried foods, processed meats, refined grains and high-fat dairy products. Previous studies have shown that antioxidants in fruits and vegetables and omega-3 fatty acids in fish are associated with lower risk of depression.”

Maybe this is the wave of new comfort foods. And maybe that old adage is right. An apple a day may really keep the doctor away.

Fish. A new controversy has arisen over the eating of fish by the developed world. A number of advocates say the demand for certain kinds of fish have led to overfishing and the extinction of important species. Some scientist are saying that we should not be eating wild fish because of that. While they might have a point, it has to be weighed against the health benefits of eating fish. As blogger Wright points out, certain kinds of fish have huge benefits for our moods.

“Eating oily, fatty fish (salmon, tuna, sardines, rainbow trout) and mussels will give you omega-3s—a key mood-boosting nutrient and one our bodies don’t produce. Omega-3s alter brain chemicals linked with mood—specifically dopamine and serotonin. (Low levels of serotonin are linked with depression, aggression and suicidal tendencies, while dopamine is a “reward” chemical that the brain releases in response to pleasurable experiences, such as eating or having sex.)”

A study from Iran says saffron can help boost your mood. A pinch of saffron a day was found to reduce PMS symptoms in women by half. Saffron also has been shown to have the same effect as the antidepressant drug Prozac.

Try incorporating some of these things into your eating plan. You can improve your mood, making losing weight and eating healthier a little easier. And these days, we need all the help we can get.